The anniversary of a couples wedding day is something to be celebrated. When planning a party and considering a theme, it is important to keep in mind the comfort level of the anniversary couple.

Here are some themes you can use for each year that passes. Every wedding anniversary has a symbolic traditional name and modern equivalent that you can use as a theme for the anniversary party. 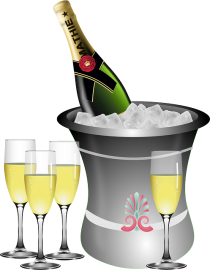 Paper and clock: Base your theme around the passing of time, or the movie “Under the Clock”, a 1945 American romantic drama film starring Judy Garland and Robert Walker

Cotton and China: A toga party or a meal out at your favourite Chinese restaurant will fit the bill

Leather and Crystal/Glass: Book a club with leather seating with the drinks of your choice in crystal glasses, or create the same at home.

Linen and Fruit/Flowers: a glamorous meal with linen tablecloth and napkins and a spectacular centrepiece of flowers and fruit that the couple can take home.

Wood and Silverware: if the weather’s good consider a picnic outdoors under the trees with a hamper of your favourite foods. Replace the plastic cutlery with silverware to keep in theme.

Iron and Sweet/Sugar: with the iron, theme your party around the board-game Cluedo or perhaps decorate your venue as a sweet store with jars of the couples favourite confectionery.

Copper/Wool and Desk: if you’re having a winter party, a fancy dress sweater competition with a desk set as the prize for the individual chosen by the couple as the best/worst dressed! Or use the copper colour in streamers and balloons to decorate your venue.

Bronze and Pottery: book a party at your local ceramic store to create your own work of art. These can then be gifted to the couple.

Willow or Copper and Linen or Lace: theme your event around the outdoors with a luxurious picnic under a willow tree. Or perhaps have a theme around Cyprus from which copper was named.

Aluminium/Tin or Leather: a milestone anniversary, plan a party based on the decade just passed. Dress in the fashion of the noughties and play the music that you loved and get people dancing.

Crystal and Watches: a meal in a grand ballroom with crystal chandeliers, the best glassware or a fortune teller theme with a crystal ball.

China and Platinum: another milestone anniversary and a chance to have a big party with red and platinum as your main décor colors. Have Chinese lanterns and fine china. Music from the 1990s and dress-code from that era too will bring back memories.

Pearl/Ivory or Diamond: go back to the 1980s with a party with a boom box and dress code for everyone to dress up like Michael Jackson, Madonna and other stars of the decade.

Coral or Jade: create a beach theme or hold a party at the Seaworld centre.

Ruby: Red is the colour for your party. Have party games to include couples (not just the guests of honor) answering questions that are supposed to indicate how well they know one another.

Sapphire: Sapphire comes in many colours, so your palette is broad for décor. Create a ‘This is your life” theme and surprise them a visit from their bridesmaid or best man.

Gold: Include lots of photos and memories at this anniversary celebration. Collect anecdotes from those who cannot attend and create a movie that can play before the party. Record messages from guests on the day on film and in writing that the couple can take home.

Emerald: The Emerald Isle of Ireland can be your theme if it suits the couple’s heritage.

Diamond: A major milestone, you may want this event to be a more intimate and family focused occasion at a restaurant or at home.

Blue Sapphire: the stone of destiny why not have a “Wheel of Fortune” game to solve word puzzles with the couple’s close friends or family.

Platinum – get a platinum record (a song that’s sold a million singles or two million albums) from the time they first met, sing along together and share memories.

Oak: have a simple oak tree planting ceremony at home or in the wilds that you can revisit in the years ahead. Video Of The Month

May this lovely day, remind you of the love that made you believe in love.

Let us give you an amazing weddign anniversary event:
contact@paisley-papers.com